lulu and the new baby "peanut"

friday april 11 there was a knock on the door and there stood my neighbor with a sweet little screaming 2 week old kitten. she was found at a local elementary school and she told her 4th grade class that she was taking the baby to the "cat lady". how can you say no to a sweet little innocent 2 week old baby? plus, lulu and i were up for the challenge! we have had many a sleepless night but all is well now and "peanut" is moving to the grove of our household. lulu is the best surrogate kitty mom… Continue

You know ,I feel blessed to have my three dogs Hannah, Shelby and Willis.They are all great teachers.They take each moment as it comes and embrace it to the fullest.
I have lost 3 dogs in the last10 years and for me I feel as though they are still with me.Their forms are gone but thier souls still linger around me,just like one big hug. Tessa was our 1st dog who was a Sammoyde and we got her as a pup.We walked everyday with Tessa,and she loved this old tennis shoe,and would flick it around… Continue

April 20th, 2008
BAD NEWS. What the girl told us. They were all lies. Favour ran away 1 week after we left him at their house. It has almost been 2 months. And all of this could have been prevented if she had given us a phone call. Favour hadn't been eating and on 27th February, he took off. They never bothered to monitor him when he went on his walks anyway.

How my mother found out he ran away: She called their house, and the father answered. Turns out, he didn't know that his… Continue

Not raining today and I feel better, so the boys got to go out for an hour run. They really enjoyed it. Met a few other dogs along the way that they played with and had a good time. Felt good for me to be out too. We're going to try this again tomorrow, it suppose to be warmer and maybe sunny?

Hi everyone,
Im so glad James is better now and if he reads this you've been missed by your fans. You have some good ideas already about putting up a forum about dogs and children. I will go and have a read and have a say too. I'll go and watch those videos and catch up on here as a relax session later. See ya then! Meanwhile about this week, well it has been an emotional ride - may be it is the alignment of the planets or something, but these things need to be from time to time or periods… Continue

Oh Great, I have pneumonia and feel like POOP!! Poor Bo and Bart, they have to stay in with me and help me get better. Maybe tomorrow after 24 hours of antibiotics, we'll be out again!!!

Summer is almost here, and having two adorable long haired Shelties I must remind myself and others to watch out for foxtails and the destruction they can do to the inside of their ears, throat, paws. I take a pair of clipping shears, and carefully trim around all areas of Sammys and Two soxs body in hopes that they won't get foxtails stuck in hiding places on their bodies. Two soxs several yrs ago had a foxtail stuck in between his "toes" on one foot, after hours of trying to pry the foxtail… Continue

I was browsing the internet today and thought I would put together a list of links of my top five favorite cute doggie photo websites - enjoy!

Some cool videos -- Add Your own!

One of my favorite things about IRememberLove.com is how easy it is to post videos for all to see.

The quality of the video image is amazing when you compare it to YouTube. For example, I just posted 2 videos. The first is a file off a TiVo featuring me on a San Diego TV station showing the reporter how to meditate with her dog.

The second video is actually a YouTube video featuring a… Continue

My second blog - a weekly meeting

Hello from Teresa, Flash's mum. I hope there will be a cat or two not too far away for her although she is friendly with dogs and all God's creatures. She is loving and constant as ever and ive started a temporary job assignment this week so she was a glory to have close by. Love her to bits. I was feeling restless yesterday after finishing work for this week but feeling quite positive now. It is the new job, my daughter returning from her travels soon amongst other things. I will be taking… Continue

Well, with all the rain and me working 12 hour shifts the last few days, the boys and I have not really been out much. They are getting restless and so am I. Hopefully soon, we'll have a nice day and enjoy being out together for a few hours. Bo is very afraid of the thunder, he doesn't even want to go out for potty breaks. He is getting over his sore muscles from our bike ride the other day. (so am I!) Bart is... just Bart! In his own little world, as long as Bo isn't far away!

lulu and the chickens

today was a perfect day here in florida so lulu and i went to pick up our friend claire and off to maggie's herb farm we went. gardening is one of our favorite hobbies, if i have the energy after all the critter care i must do daily. lulu always has the energy.
they allowed me to let lulu come shopping with me. she had to help me because after all how did i function without her for 51 years? now lulu is a perfectly behaved chihuahua but there just happened to be 1 rooster and 3 chickens… Continue

I love this website!!!! I cannot imagine life without a pet or 4!!!!!! It rained and cold all day today so we've stayed in. Tomorrow we'll play and run. At least there wasn't any snow or thunder!!!!!

Today we were excited to receive our posting, at Trilogy Long Term Care on Eglinton Ave. near McCowan. There are six floors with residents and Rusty will be assigned to three floors.

Ok, before all that happens, we are still waiting for the release which takes up to three months. The home will call me to come in to meet and they might request a TB test. All this can be accomplished prior to the release.

My grandson, 2 of his friends Me and Bo went on a 8 mile bike ride. Bart had to stay home, as he doesn't listen very well and Bo will stay right next to me on the bike (without his leash). When we first took off, Bo was right there beside me, no matter how fast I was going. On the way back he would run ahead of me, lay down until I caught up, then run ahead again. Bo won't cross a street until I tell him to so he always waits at the corners. When we were about 3/4 of a mile from home, Bo was… Continue

I've Been Monkeying around on IRememberLove.com 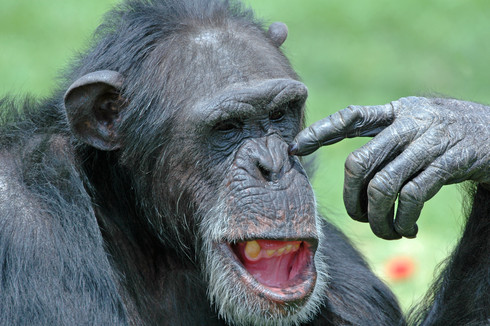 Aloha... I have been monkeying around and working under the hood at IRememberLove.com to make this community even more robust, fun and entertaining. You can see a few of the enhancements in your My Page area. Things should look better and run faster than before. Also, in the "its kind of fun to see where people come from" department, I have added a new gadget in the lower left side of the homepage… Continue

I take my boys out for a run everyday. I found an old cemetery that is all enclosed and very hilly, a lot of people go there to let their dogs run free.. So all 3 of us get to run for about 45 minutes to an hour. That's were we've been this morning, now it's time for a much needed bath! The boys always find something stinky to roll in. (WHY IS THAT?)

I'm not sure whether or not this is bad news. =\

Yesterday, my mom told me some news about Favour. For some time, after Favour was adopted out, she would occasionally drop by the adopter's house to check on him. She never saw him, not even once, after the adoption took place. Her 17 year old student said that Favour loved to be in the backyard, so he's never in front. But we were still suspicious. So just the other day, she went back to investigate. She got in through the back gate… Continue

So Maui recently decided that she does NOT like her medications wrapped in cheese ... so I switched to peanut butter.

Every morning I get out the spoon, scoop up some peanut butter, and carefully wrap the bits of pills (she's so tiny everything is quartered) in the goopy brown stuff.

She loves it!!! But it gets all over my fingers. By the time I'm finished, I feel like a five year old with fingerpaint on her hands - I have to carefully run over to the sink, turn on the… Continue