Do People Really Begin to Look Like Their Pets?

Well, after much debate and scientific study, the answer is likely "yes". At least that's the story according to research from the University of California by Nicholas Christenfeld and Michael Roy when it comes to purebreds. The full study,
Do Dogs Resemble Their Owners?, appears in the journal Psychological Science. So why is this important to you? Well, if you're a pet lover like me, it might explain a lot. I have a miniature schnauzer and, personally, I have eyebrows that have… Continue

do we need angel eyes?

Maltese are prone to that red stain developing under their eyes, and I know several other breeds are, too. So many people told me to start using Angel Eyes for Kanga before she "got them," that I almost spent the money on the (kinda expensive) bottles. But something stopped me. I'm a massage therapist and I like to know what's in the stuff I use, so I looked at the label. It's liver from beef, liver from chicken, and sweet potatoes. Hmmm ... I think I can add those to her diet and maybe get the… Continue

TODAY MY LITTLE CHIHUAHUA MISSY WAS HIT BY A CAR AND KILLED. I CAN'T STOP CRYING. SHE GOT AWAY FROM US AND WENT ACCROSS THE STREET TO SEE "GRANDMA" HER FIRST OWNER. I TURNED AROUND AND SHE WAS GONE. HIT BY SOMEONE GOING WAY TO FAST IN A VERY SMALL RESIDENTIAL AREA. AND HE DIDN'T EVEN KNOW THAT HE HAD HIT HER UNTIL HOURS LATER. SHE WAS ONLY THREE AND A HALF, MY GRAND SON CALLED HER THE LOVE PUPPY COZ HER TAIL NEVER STOPPED AND NEITHER DID HER KISSES.. I MISS HER SO MUCH. MY HEART IS BROKEN. MY… Continue

This is the saddest I have ever been as my most trusted furry buddy has passed away. After watching your video on utube with you and your prescious little dog who now has also passed I couldn't help but contact you. I have sent your Do you emember love to so many people and touched their lives when they needed something to hang on to and now find myself in the… Continue 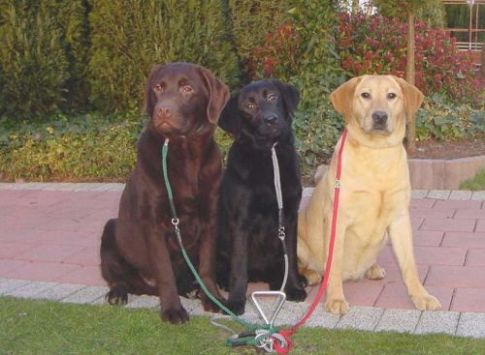 I took Donovan to the vet yesterday to have the drainage tube taken out. The vet told me the tumor was a grade one, which is the "best" we could hope for. Donovan still has to go to the oncologist, probably because even though she didn't tell me so, the vet probably didn't get clean margins. That means the removed tissue had no evidence of cancer - if it's clean. So probably Donovan will need some radiation. Though maybe not. The oncologist has not called me back to schedule Donovan sooner. We… Continue

Donovan, the Best Dog Ever

Donovan has cancer. It's a mast cell tumor on the back of his right hind leg. If they operate right away, and get it all the prognosis is good. He will probably still need chemotherapy. Even the possibility of such a cancer reoccurring is great.

It looks like I need my puppy pretty badly after all. The puppies will be born around the 15th of July. They will be temperament tested at 7 weeks. Then probably I will be taking mine home with me when it's eight weeks old. I can't imagine… Continue

Lucy, the mamma doodle, is definitely pregnant. We don't know how many puppies she's carrying yet. I'll probably find out this Saturday when I go to class. The puppies will be born around the end of July. That means they'll be eight weeks old the end of September. That means I'll be starting a second class without a dog.

It's all okay. It means Donovan gets to go with me to classes a bit longer. I still have some reservations about Donovan and another puppy. Donovan did the "dominant… Continue