Hello Pet Lovers, Poets, Friends,
It's been awhile since I've been on again....we're getting up to 2 feet of snow tonight in the Rockies....and it's only 10 months since I lost my heart doggy, Dudley....in mid-December.
I remember how in his 2 short years, he lived life to the fullest....he loved all the seasons. He loved to jump in piles of leaves in autumn, and he loved to make "Doggy Angels" in the snow! Today we have had "Thunder Snow," and I miss him so much!! My heart continues… Continue

The SAFETY, HEALTH and NATURAL HEALING of DOGS

Hello, I'm Glen and I'm starting on on-line marketing company dealing with the safety, health and natural healing of dogs. I known what it takes to start this business and what to do to get it up and running. What I need is a dog loving super computer literate person to partner up with. No investment required just desire to succeed. Contact me either at glennordstrom@msn.com or 805-813-8182. Thanks. As you have probably already figured out, my weak point is computer skills.

Niko, my beloved granddog who lived beyond his years due to the love of my daughter and son-in-law.

I have and have had many granddogs. Three have pssed on - Bo, Angus and Niko; three remain - Phoebe, Axel and Diesel. When I was with Phoebe after my daughter's memorial service I found the peace of mind I had been searching for over the days between my daughter's sudden death and her memorial service. Phoebe holds a sacred place in my heart. My daughter's dog, Niko, was to be put down but my daughter refused to do this; my son-in-law had to put him down and he cried so much an assistant… Continue

My little Chihuahua puppy Jack has had a hard day today.

First, Ben, my Border Collie, accidentally stepped on Jack. Jack is fine, but his leg hurt.
So, I thought we'd go for a walk to see how Jack's leg would hold up. He'd stopped limping on it and it's nice out today.

Jack has one of those retractable leashes. So the handle of it is boxy and red and plastic.
I hooked Jack up and we started walking down the road. Jack is skittish, especially after being stepped… Continue

I have spent many years trying to train our dog, and failing most of the time. When we bought a new pup, I was determined to make things easy for me and my dog. I have looked at lots of training devices and techniques, and found one of the best. It makes sense as you are rewarding the dog. You do not have to be strong or have a loud voice as the clicker does the work for you. Check out this link by pasting in your browser.
http://24e9dczqoink0-dybhkoihk2yr.hop.clickbank.net/?tid=001

Around one year ago, a woman in my neighborhood lost her small Italian Greyhound. She was new to Buffalo then. I have never seen such dedication and perseverance in trying to find a lost pet. She placed ads, posters, online posts, classified ads, bulletin boards, etc. everywhere looking for him. At one point I emailed her to say I would be on the lookout. I always have a spare leash and doggy treats in my car, and also on walks.
A year has passed. She has begun her search once more. This… Continue

Free stories help to save animals

It costs nothing. Just by joining the Story Club at www.FloydTheDog.com you will be helping to save lives and ease the suffering of unfortunate animals. The Club is run for the benefit of Animal Charities. Authors of the stories choose which Charity will get a donation. The size of the donation depends on the number of Club Members.

New members are sent an animal short story when they join, and a new story every month afterwards. There are no… Continue

Hi all! Just wanted to add, go all out and try the costume on your pet! If he/she does not want any part of it you will know soon enough. My Shih Tzus, Izzy and Buster, hate even bandanas. Thus nix the costumes for a while. But I want to share with you the greatest memories of my beloved Maltese, Jeepers, were with costumes. Jeepers LOVED to dress and never went a day w/o at least a seasonal bandana. We won pet shows for best costumes, and loved dressing up for Halloween to sit on the porch and… Continue

Health Problems for Your Labrador Retriever

We are a dog lovers and we have a Black Labrador, Rolo, he is 20 weeks old. We have had some healthy problems with him couple of weeks ago and we have found a very useful article about it... maybe it can help other dog lovers too ...


Health Problems for Your Labrador Retriever

Most dog breeds possess a breed specific health problem usually to do with the way their bodies are designed. The Dachshund suffers from back problems due to its low… Continue 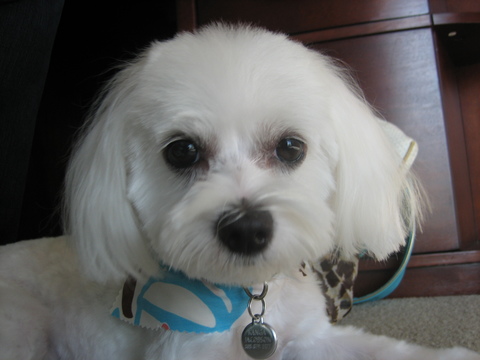 This is a difficult story to write, partly because I carry so much guilt and because I still feel incredible pain when I remember the details of the event. Sparky came to my son Luke and I after Luke had decided he wanted a Long Coated Chihuahua to train for agility. Luke worked long hours as a pet sitter for the next door neighbor's MaKaw "Captain Kirk" and saved up enough to finally buy his pup from a reputable breeder. He chose a little white with black spots and two striped up the… Continue

Well, my girl had another new experience this week.I took her to a Pet Blessing at my Church. The Blessing is in honor of St. Francis of Assisi. Ceili is very social, and she has never had so many dogs "hit" on her! She kept looking over to me, as if to ask whether all this flirting was OK. It was too funny (or maybe you had to be there...) I've got to find her a play group!
On a different note, I feel so badly and ashamed about not following the "Prayers for My Pup" group. I have had many… Continue

My daughter In Law had to put her horse Cash to sleep yesterday he had been sick for awhile .But he was her buddy he followed her everywhere.Please keep her in your prayers.
God Bless
Peggy

AT THE DOG PARK An homage to dog parks everywhere and the People who support them Lyrics by
HER (to the music of “Car Wash” by Rose Royce) ♫ Most times it’s hard to find your niche. That’s when it’s great to be in a clique. There ain’t no tellin’ who ya might meet… Lucy, Opus, Apollo maybe even see 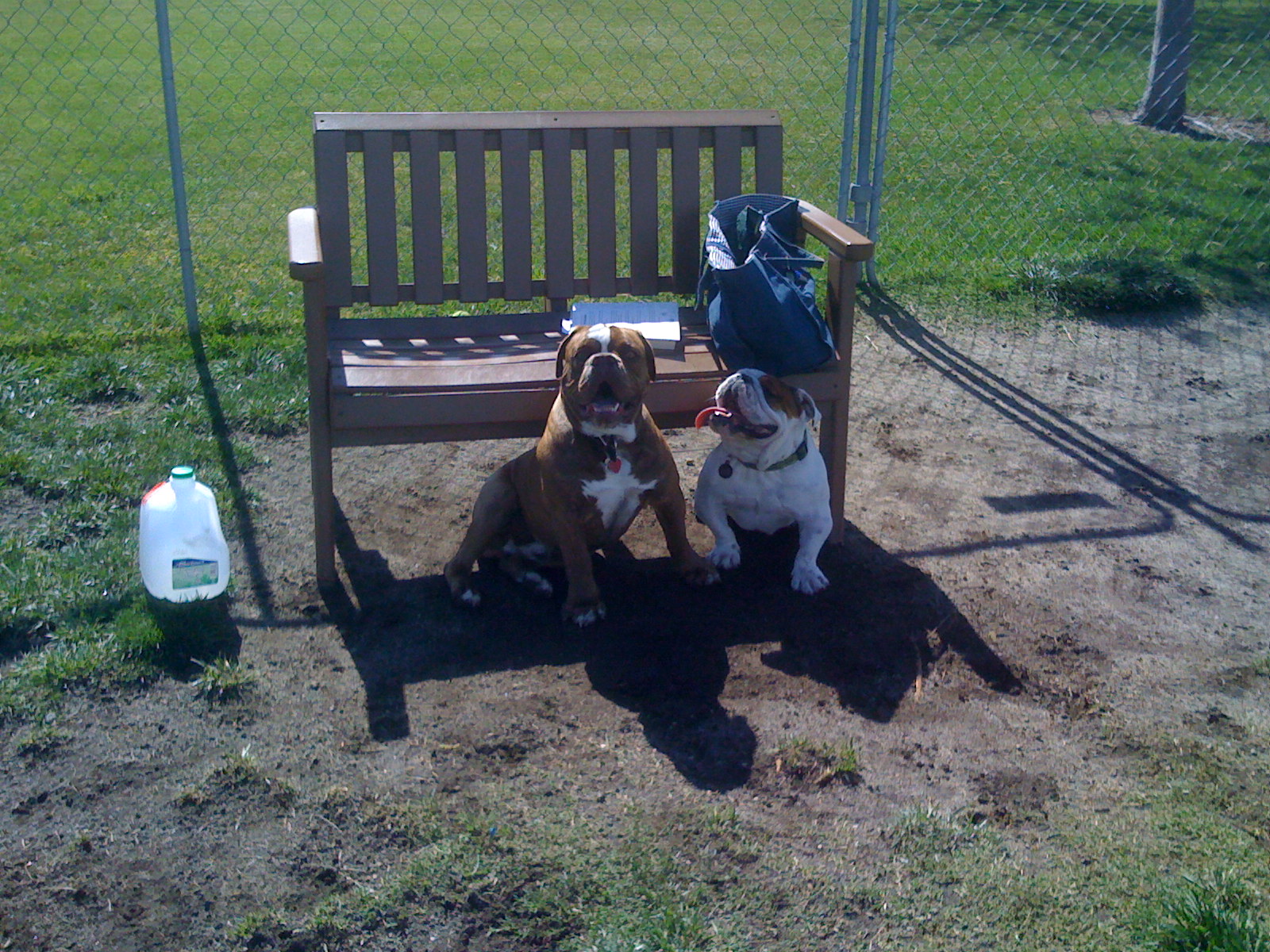 I just lost my Golden Retriever of 12 years, and what a blessing it has been to live with her and yes I do beleive that here soul and spirit lives on, on her last morning here on earth I took her to one of our favorite spots at the lake as all Golden's love to be in and near the water, we would go there often, as we sat near the water and the Sun was glistening on the water, I ask God in my prayer if she would visit me again in my dreams. On the first night after she died, I reached for her… Continue

Clip on the Rottie Reunion

That was such a beautiful story, It makes me cry, I know how loyal Rottie are. I just lost mine the 10th of October. Thank goodness their are good people like Kathy who are so caring and loving. And the look on the dogs face when they were reunited - priceless. If things don't work out for the family, I would adopt that beautiful rottie in a minute. Thanks for sharing this beautiful story

Wonderful story but I can't believe that after all that poor dog went thru the owners cannot be with the dog; I would try to find a place where they allow dogs, the dog has proven to be part of the f…

Wonderful story but I can't believe that after all that poor dog went thru the owners cannot be with the dog; I would try to find a place where they allow dogs, the dog has proven to be part of the family and should be treated as such. Sorry but as a dog owner and dog lover that's my opinion.... Continue

Parents & owners Having raised six children & many dogs, the key to happiness is go with the flow & being the top dog in both instantances. If you aren't the view never changes & it's a great reciep…

Having raised six children & many dogs, the key to happiness is go with the flow & being the top dog in both instantances. If you aren't the view never changes & it's a great reciept for disaster.

Lets see; Dog eats best boots, stereo speaker & one mail man. Dog distroyes couch & all the planters on the patio. But if I could bring them all back to life, they could eat or tear-up what they wanted, FOR A DAY! Continue