Well I came back from a work trip and noticed that my dog was licking his foot and that the nail looked funny. I made him an appt the next day to have it checked out, thinking he just broke his nail off....silly me. That was November 19, 2009. Long story short and three surgeries later....my darling Jack has been diagnosed with Melanoma of the nail bed. This has been a devastating period of time for my family. Jack came to us as a rescue dog back in… Continue

lLoss of pet at this time of year

So sorry for your loss. I've lost two of our pet family in the last 2 years and the pain remains. I know it is hard to do but think of the best times you had together and if there is room in your home rescue someone for the best Holiday ever.

I just lost my dog today. I have three Pomeranians which I adopted. My favorite one was Cody. He died in my arms this morning. Needless to say I am heartbroken. The Lord took him quickly. He has kidney failure. The vet wanted to put him down last Tuesday but I refused. I told her he still had life in him. He was still alert and still eating. I couldn't bare to put him down. My husband and I nursed him and gave him fluids twice daily but he ended up dying today one week after he was to be put… Continue

Really depressed this week,haven`t been getting any work, behind in the rent and other bills, no money for petrol or food but i will starve before i lose my dogs,i see the love they give me and if it wasn`t for them i don`t know how i`d go on. Put me in your prays i need a miracle,thank you Julieann God Bless. 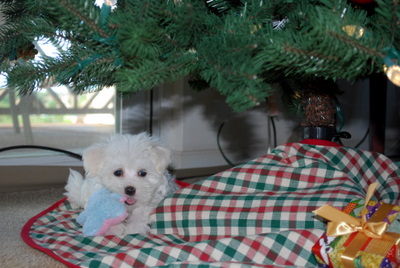 Hello All,
It's been a little over a year since Dudley has gone to The Rainbow Bridge. My life has changed drastically in the last year. There have been other tragic losses. But it seemed to have begun with Dudley.
Pondering this, the other major losses are restorable; but he is not. There was only one "Sir Gallhad Do Right Semper Fi." We had a whole vocabulary verbal and non verbal that pertained to a household with Dudley in it. Most of it is also gone.....but I know some… Continue

I don't think Ceasar has ever told you how he ended up at our house. We still have my first car, a 1952 MG and on sunny days we drive it on the country roads near our home. Five years ago my husband was on his way home and spotted a dog in the road and several cars pulled on both sides. Everyone was calling and trying to catch the dog.
My husband approached him and he came to him, jumped in the car and took a drive around the area. He stopped by several homes but no one knew the dog. The… Continue

I can write this here, because those of you reading this will understand. A brief recent look into our household for those of you who do not live here. We have 3 dogs, Maeson, Grisa and Nikita (aka Niki). All 3 dogs LIVE in the house. They are FAMILY, our forever-toddler children. They romp and play outside when we are out with them. If we are in the house, chances are they are right here beside us. They use the bathroom outside in the morning, after we arrive home from work, after they have… Continue