Late last week the ASPCA issued a press release in response to the tremendous outpouring of public concern over a 2007 art exhibition by Costa Rican artist Guillermo Habacuc Vargas that featured an emaciated dog. Because reports on the duration of the exhibit and the condition and fate of the dog vary widely—including those issued from the Nicaraguan gallery involved and Vargas himself—it is impossible at this time to… Continue

Added by LadyandCodysSeniorDisabledSanctuary on June 29, 2008 at 6:33pm — No Comments 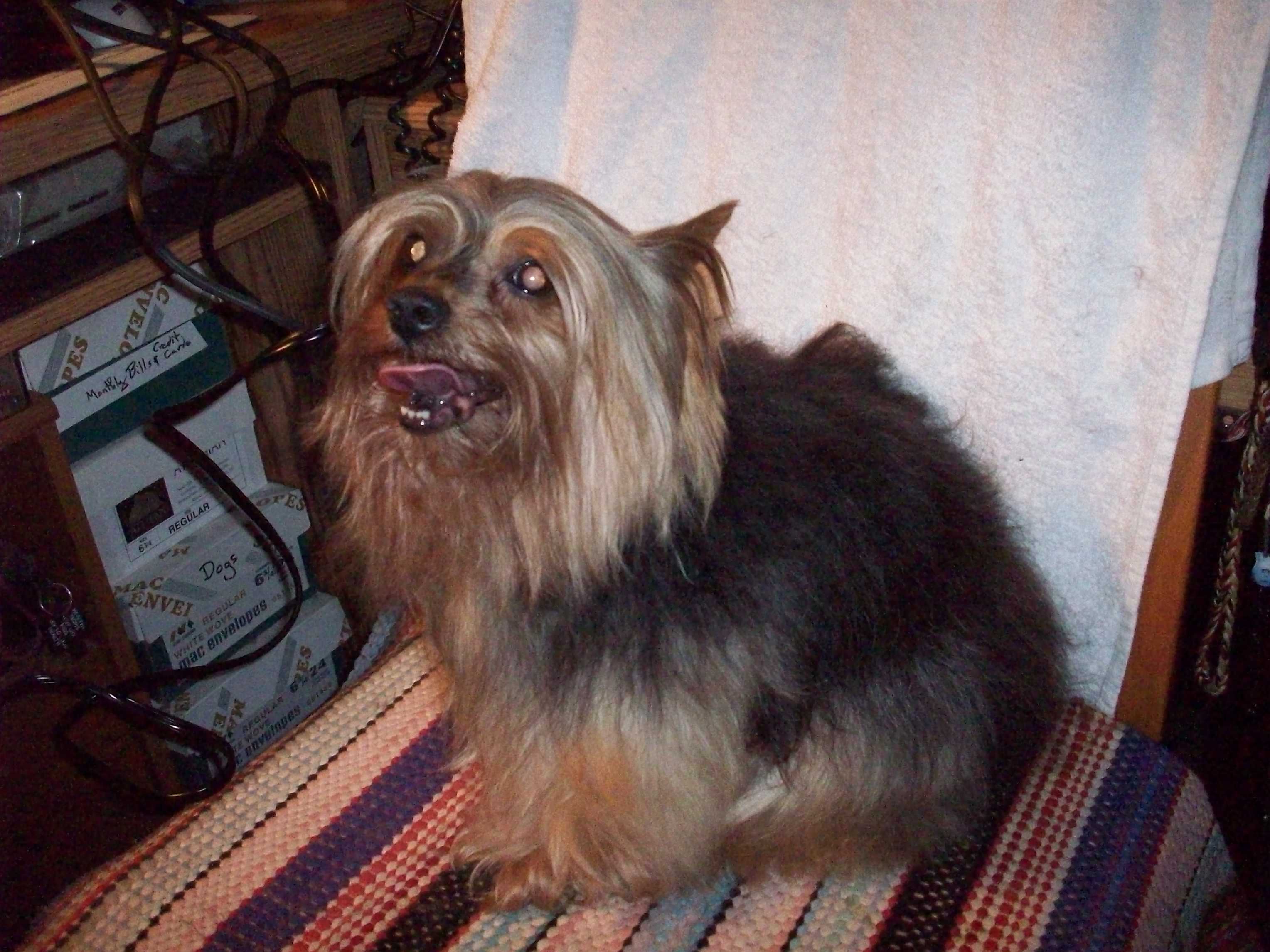 Boo Bear passed away, Rich believes he died of a broken heart. It was very hard to say goodbye to Dinky and even harder yet to say goodbye to Boo. I really believed they would live a long and happy life here in North Carolina. I will miss them dearly.

A while ago I wrote that my good friend and Maui's veterinarian, Dr. Demian Dressler is researching and writing about dog cancer.

Well, here is some sad news...

Demian discovered an unusual spot in his dog's mouth recently and he had to do a biopsy on Monday.

At Demian's request, I videotaped the preparation for and the biopsy procedure itself. If you care about dogs and love dogs, you… Continue

Dinky Doodle has passed away 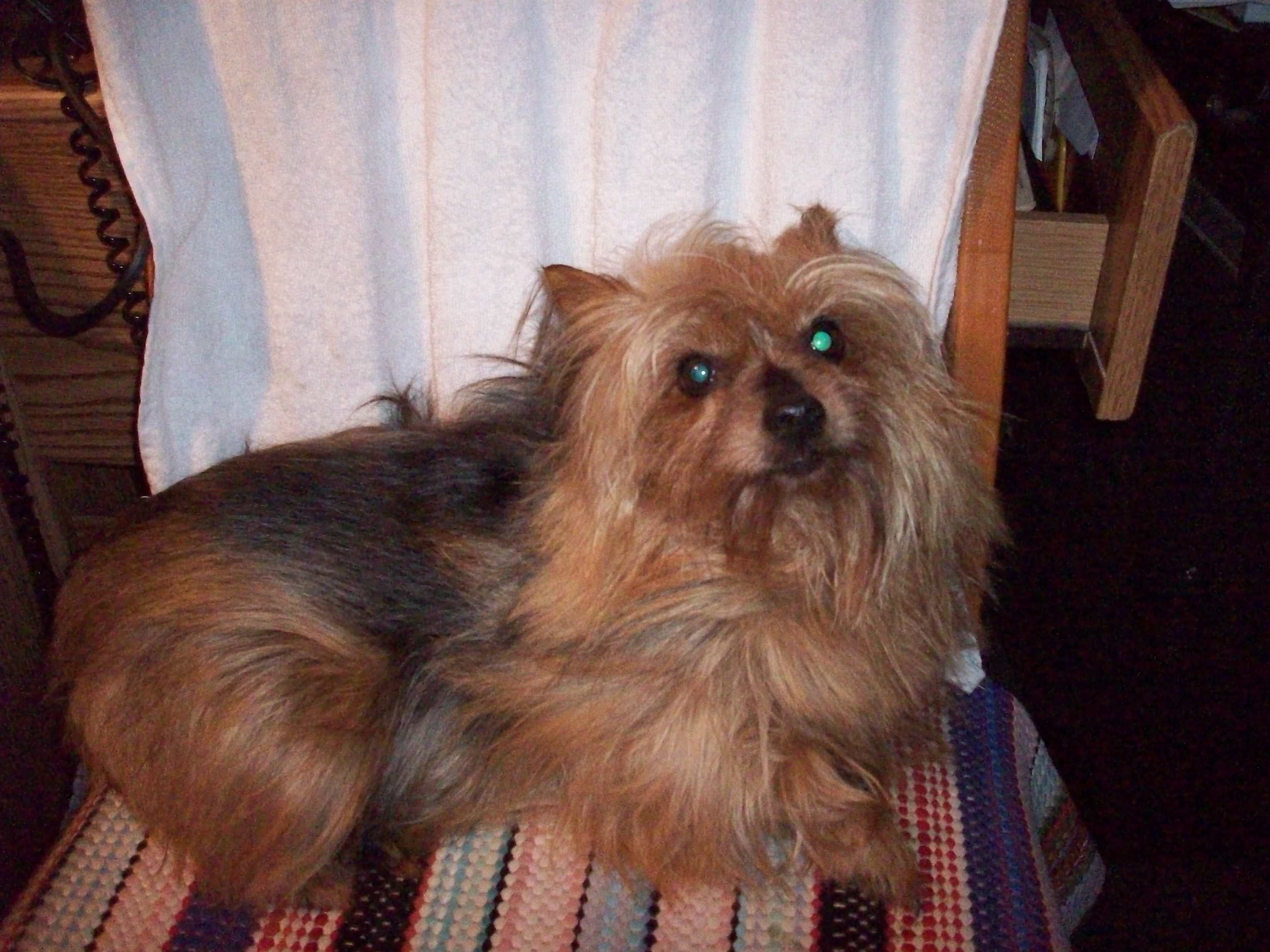 Today we lost Dinky. She had shown no signs of illness but she had gained a bit of weight. Even though we have the boys and Muffin, the loss is hard. She was our little girl and was always special. Sabrina went to call them in but only three came in. They had been quiet for awhile but we didn't think anything of it. When they came in they weren't bouncing around the way they usually did. Sabrina went out the back door and was screaming for Dinky. When… Continue

Speaking Out Against Animal Experimentation show 88 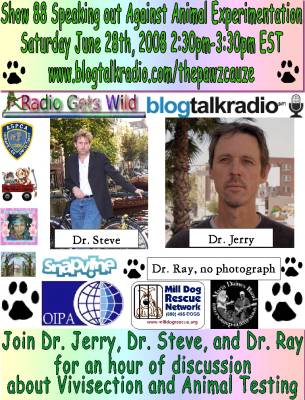 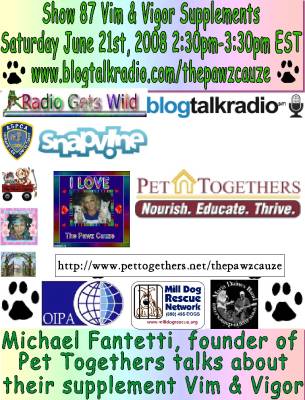 My Yorkie, "Rudy" lives with two other small dogs and three large dogs. The small dogs are "inside" dogs. Rudy's inside friends are both Shih Tzus. Rudy is quite small. He weighs eight pounds. His inside friends are medium sized Shih Tzus and both of them (Brandi and Cody) weigh about 12 pounds. Cody, the male, is six years old. Cody is solidly built and strong. Rudy is not near as solid but he is also strong and very self-assured.

Both Rudy, who is now five years old, and his friend… Continue

This has been a hard week for my family. We put our beloved 14-year-old Shih Tzu, Max, to sleep that past Monday, June 16th. It was not an easy decision as you can imagine. Our twins were 9 and our older daughter was 12 when Max first came to live with us, so they grew up with him and he was a very important member of our family.
He stopped eating 4 days prior to Monday..not even the things he loved most like lettuce and peanut butter. He was drinking lots of water, and his doctor… Continue

My Ginger passed away

My beautiful 11 year old Golden named Ginger passed away on June 18th 2008. We found out on Monday June 16, that she had a disease called Mega-Esophagus and that usually puppies get it, not a 11 year old dog. As I opened my eyes this early Wednesday morning, it took me a few seconds to realize that I had fallen asleep sitting up on the kitchen floor resting my back against the kitchen cupboards. I looked down and then it all came back to me as to why I was waking up like this. Fast asleep was… Continue

Well it's been awhile since I "blogged". You know all the floods we've had here in the midwest, well, my basement filled with about 8-10 inches of water. I found this after working all night, then stayed up all day trying to move furniture and everything from the basement to the upstairs or garage. WHAT A MESS!!!!! But the boys are good, we have been out running and playing. With all the rain and storms, Bo has been sleeping with me or in my bed when I'm at work. He is soooo afraid of the… Continue

This is so cute (Doggy Dictionary)

LEASH: A strap which attaches to your collar, enabling you to lead
your person where you want him/her to go.

DOG BED: Any soft, clean surface, such as the white bedspread in the
guest room or the newly upholstered couch in the living room.

DROOL: A liquid which, when combined with sad eyes, forces humans to
give you their food. To do this properly you must sit as close as
you can and get the drool on the human.

Hello fellow dog lovers. Summer is upon us and the pool is open. Tony sees me go near it and he has a fit, he thinks it is time to go up on the deck and get into his float. Even when I let him outside he will go by the gate and sit. I have to watch him actually in the pool and hope he doens't get to brave to hop in himself. He usually likes his floater boat and I attached it to my raft. Wait for the pictures! I am sure you are saying boy what a spoiled dog. Ok, he surely is, but who doesn't… Continue

When I was a little girl, my step-father and my mother got me a dog. I named her Sheba. She was supposed to be a boxer. She looked and acted like a boxer, but my step-father who belittled everything, said she wasn't. He said she was part hound.

All I knew was that she loved me. I don't remember now all that we did with her. My half-sister played with her too. We dressed Sheba in our clothes. We pretended she was a horse, and led her over jumps we made of sticks and packing… Continue

Poems and Art for the Animals Show 86

How to give your dog medicine

I have had a dickens of a time getting Maui to take her medicine recently.

I used to put it in a dab of cream cheese, but that no longer works.

I have tried disguising pills in little sandwiches of lamb, beef and chicken...
alas, she has caught on to that.

I am not sure why I never heard about them before, but they are ingenius.

You simple place the pill inside of this… Continue

Today Rusty visited Trilogy for the first time. He did very well and pushed himself into every possible room. He always marches right up to the patient, wagging his tail and being super friendly. Even the ones who don't care much for dogs seemed to enjoy him. He might be winning them over a bit. I was very happy with his performance on this first time. He did do quite a bit of pulling on me, but that was just to get to the person. I would like to know how to stop him from doing that. We train… Continue

We had a scare tonight. Boo attacked Muffin! Rich jumped and grabed Muffins collar but BooBear was attached to her neck. Rich was holding Boo up in the air and I grabed hold of Muffin. The way Boo had hold of her, he was lucky she couldn't get a hold of him. It apparently started over a toy that Boo did not want to share with Muffin. All week long I have had the two of them loose with me while I was working on my computer. I had no trouble at all. Neither of them were hurt but now I am worried… Continue 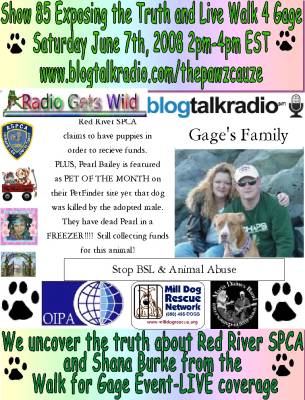 On Monday June 2nd I attended the Trilogy Home without Rusty. This was for the purpose of getting to know all about the home and their routine. I was happy to see many people who have been told about Rusty and are waiting for his first visit.

There are six floors in the home and there is one dog already there but they need another one, or even two. it is difficult to visit everyone and certainly not for any length of time. We will be doing two floors per visit. Since I have been… Continue